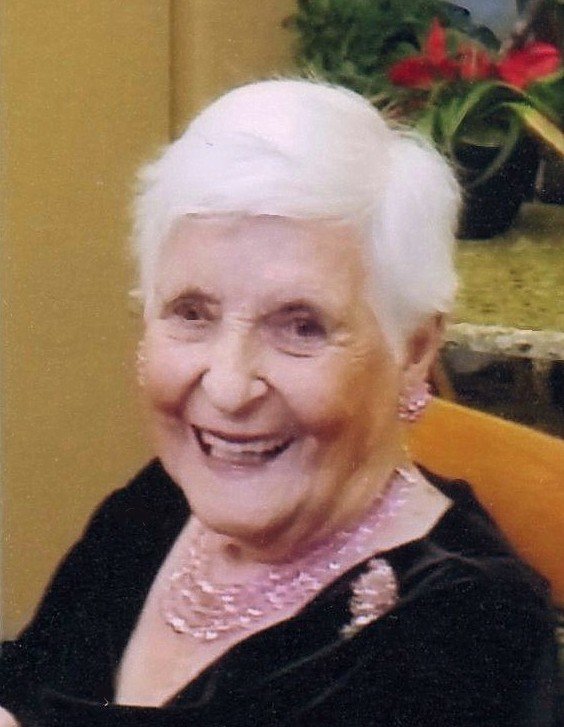 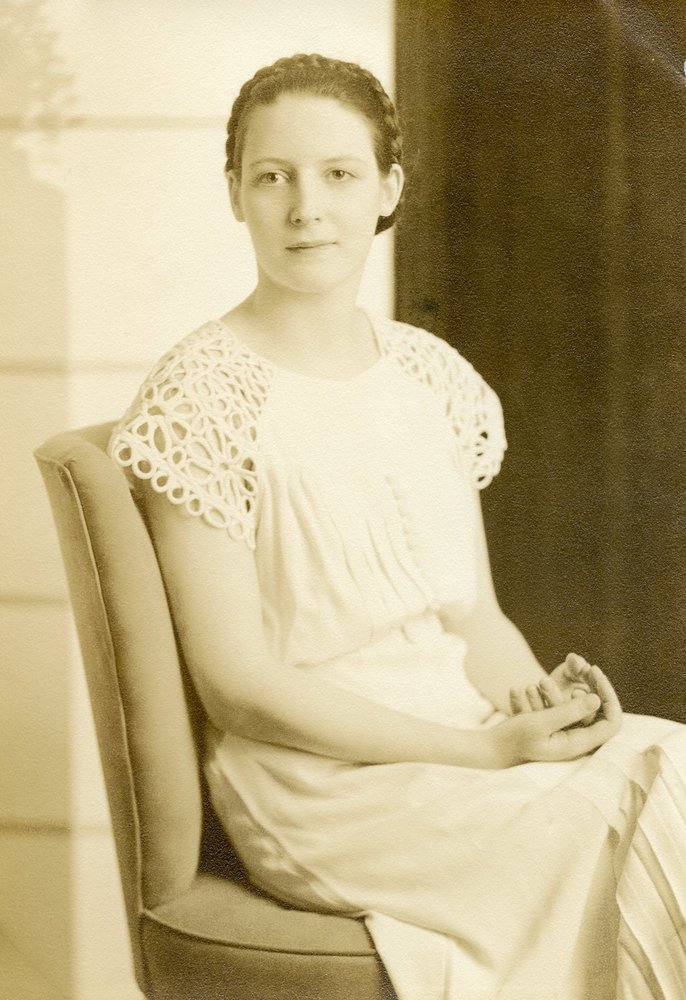 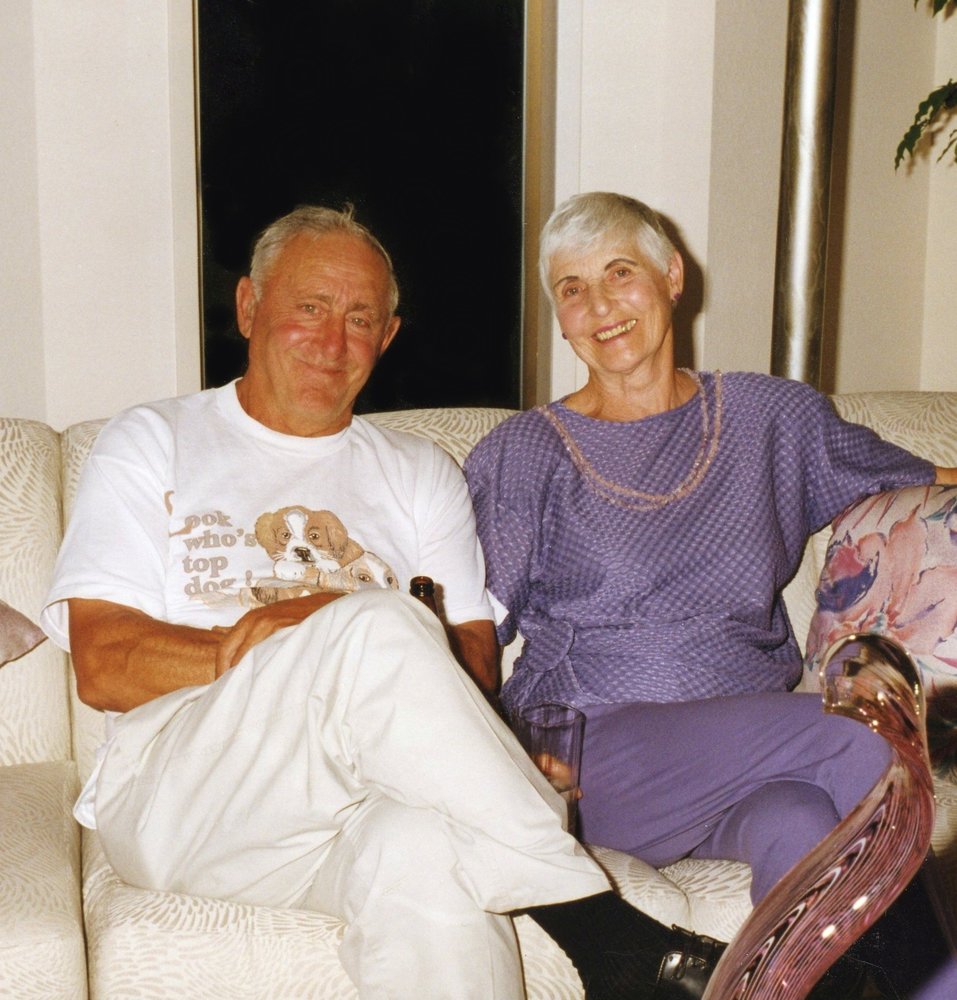 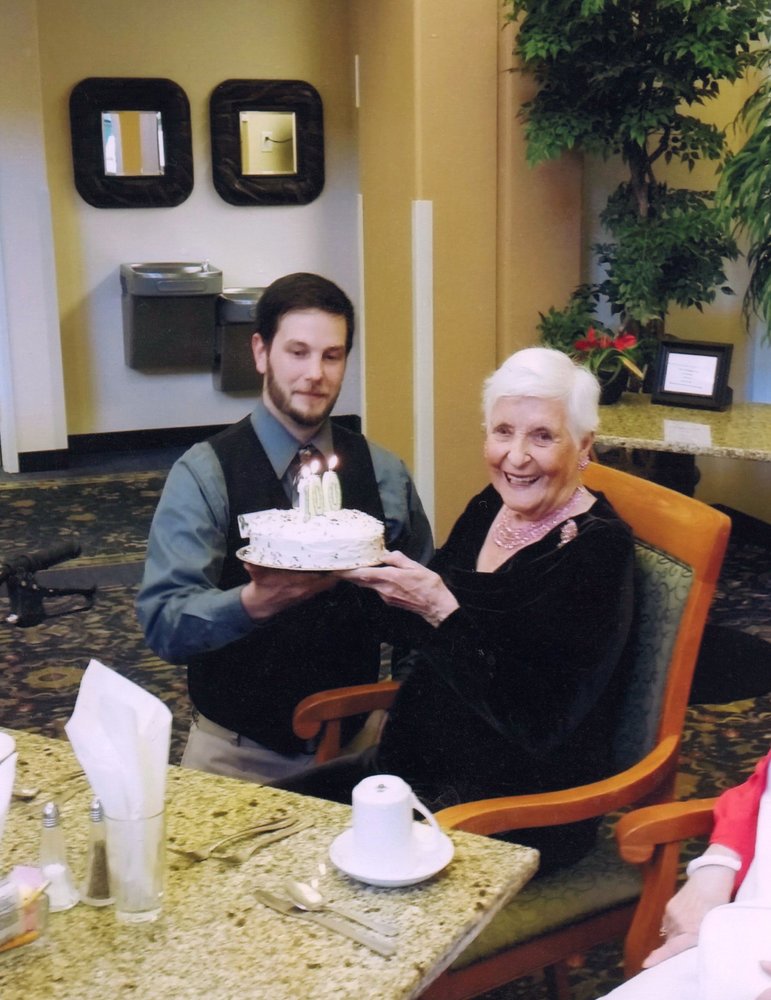 Marjorie Louise “Marge” Jenna, 102, beloved mother, grandmother and great grandmother, passed away on October 28, 2020, in Lacey, Washington.  She was born Marjorie Louise Daly in Winnepeg, Manitoba, Canada, on July 4, 1918, to Eugene Francis Daly and Lucie Adella Daly.  Marge moved to Seattle with her family and graduated from Lincoln High School.  Following graduation, Marge moved to California and then to Olympia, where she worked as an administrative assistant in the Torts Division of the State Attorney General’s office.

On April 7, 1945, Marge married Robert Hyatt and together had four children, Frank, Terri, Suzy, and Heidi.  Robert Hyatt passed away on February 3, 1964.   On July 2, 1967, Marge married Harry Jenna in Olympia, and together they built a home near Johnston’s Point.  Following their retirements, Marge and Harry moved to Sequim, Washington, where they lived for some years, during which time they enjoyed square dancing, long walks, clam digging, boating, and travels including, Australia, New Zealand, Samoa, Hawaii, England, Germany and many other countries.  For some years, they also enjoyed winters at the Fountain of Youth, near the Salton Sea in California.   Marge was well recognized for her dedication to charitable organizations during her lifetime.

Approximately 11 years ago, Marge and Harry moved back to Olympia, living at the Firs Senior Living and Bonaventure assisted care, where Harry Jenna passed away on October 22, 2019.  Both Marge and Harry were active members of Sacred Heart Catholic Church.  Marjorie was preceded in death by her son, Frank; and sister, Theresa Appleby of Glendive, Montana.  She is survived by her daughters; Heidi (Koesterman), Suzy Slining, and Terri House; stepchildren, Marie O’leary and Dave Jenna; grandchildren, Robert House, Tatum Fettig , Meghan Miller, Diane Muxen, Pam Muxen; and numerous great grandchildren.

A “Celebration of Life” will be held in spring of 2021, location and date to be determined.  Please contact Terri House at 360-352-5755 to be notified of the event.  Donations may be made in Marjorie’s name to a charity of your choice or toward masses in her honor at Sacred Heart Catholic Church in Lacey.

Marjorie’s family extends a very special heartfelt “thank you” to all the staff at Memory Care, Boneventure, Lacey.

To send flowers to the family or plant a tree in memory of Marjorie Jenna, please visit Tribute Store

Share Your Memory of
Marjorie
Upload Your Memory View All Memories
Be the first to upload a memory!
Share A Memory
Send Flowers